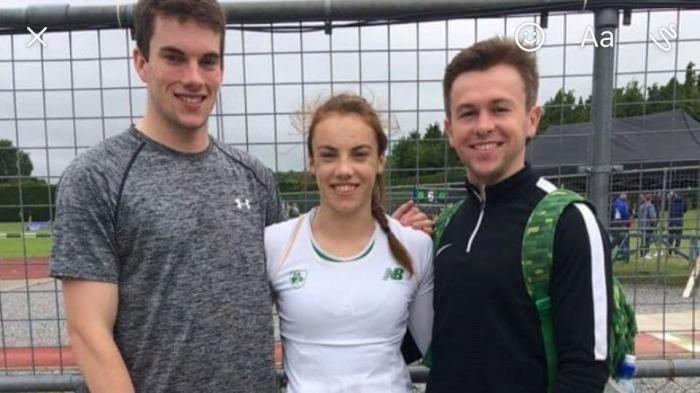 At the Irish Life Health Junior and U23 Championships in Tullamore at the weekend Elizabeth Morland won double gold in the junior category, where she won the long jump with a jump of 5.96 and won the 100m hurdles with an impressive run of 13.96. All in good preparation for the upcoming European Athletics Championships. Shane Joyce won the javelin U23 with a throw of 57.69 and Zoe Mohan claimed sliver in the junior women discus competition. Finally in the 100m junior men sprint Luke Redmond had an impressive run in the final finishing sixth with a time of 11.29. Congratulations to all.