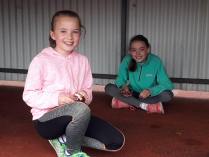 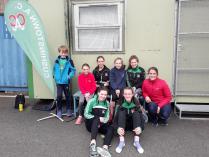 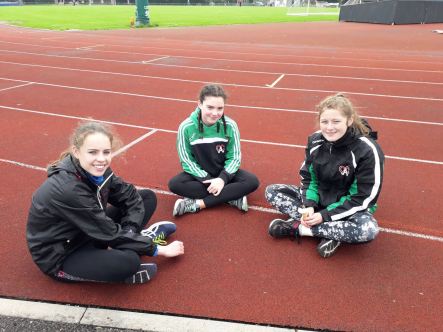 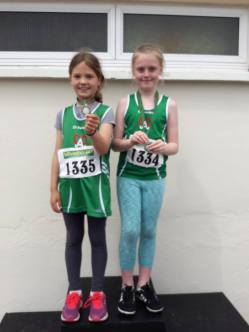 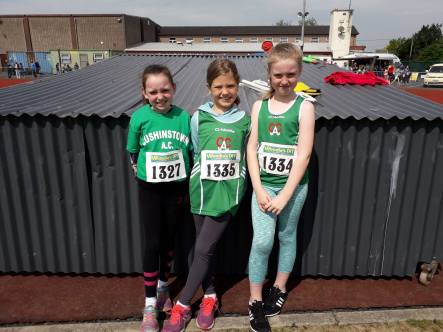 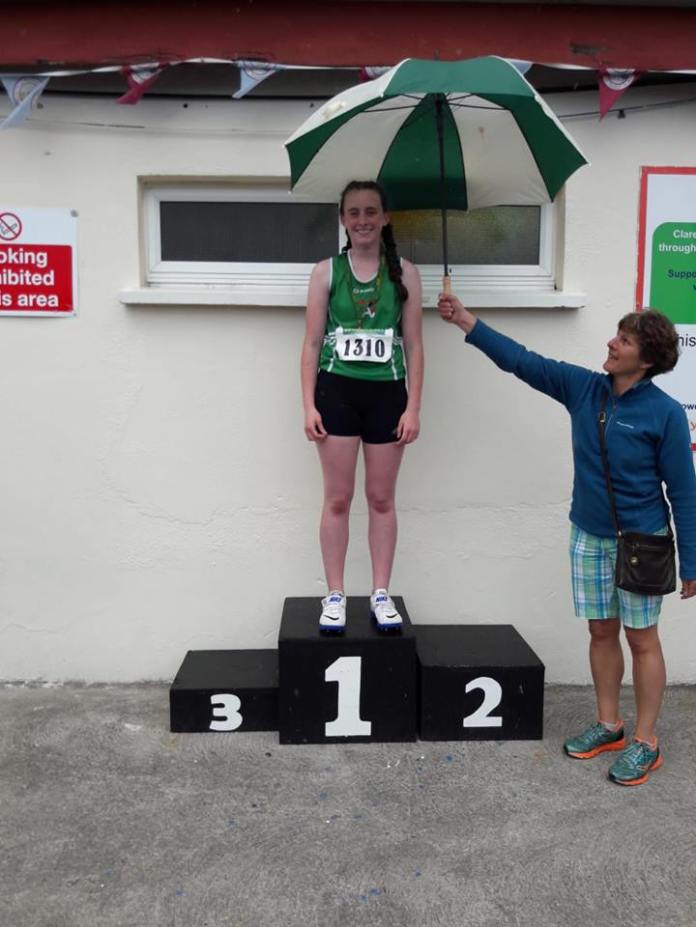 It was another busy weekend for our juvenile athletes. On Saturday Amy Callaghan competed in the All Ireland combined event in Santry. She did brilliantly in the pentathlon event of high jump, long jump, shot putt, 800m and 80m hurdles coming fifth overall.  There were also some great performances by the Cushinstown athletes today in Claremont stadium in Navan for Day 6 of the Meath Championships with more personal bests achieved and county medals earned.  Again it was great to see so many of our younger athletes competing. In the U9 turbo javelin Kacey McManus claimed the gold and Annalise Harris the silver. Maria Dardis also threw very well. In the U9 long jump Casper Cudden jumped well in his first competition. In the U10 boys turbo javelin Kyle Hetherton also threw very well.  In the U11 long jump both Peter Bellew and Barry Lenehan jumped very well in a very strong field. In the U11 girls high jump Roisin Quinn jumped well but was unable to match her winning jump at the Meath League last Wednesday. She made up for that by claiming the silver medal in the turbo javelin.
In the U12 girls shot putt Nia Hetherton came first and Katie Lawlor third. Eva Gallagher also threw very well. and in the long jump Nia, Katie and Eva Gallagher all jumped very well.  In the U12 boys high jump, Kevin Doyle came second and John Dardis third. There was also some great jumping from Jyles Gogan. Kevin also came fourth in the turbo javelin.  Lee Callaghan put in some great performances completing a hat trick winning gold in the U13 javelin, discus and shot putt.  In U14 boys high jump jump Loclainn Harris came third. In U14 shot putt Roisin McManus threw brilliantly to win the gold.
It was Cushinstown in first, second and third position in the U15 long jump with Amy Callaghan winning gold, Niamh Quinn silver and Abi Sheehy bronze. In the U15 discus Niamh Quinn claimed the gold, Amy Bellew the silver and Emily McGreal the bronze with Mollie White just missing out on the medals. In the U15 javelin Amy Callaghan came first, Amy Bellew second and Emily McGreal third with Niamh Quinn a strong fourth.
In the U16 shot Katie Lenehan came first and Aine O’Sullivan second. Jack McGeer did brilliantly in both the U16 high jump and U16 shot putt winning silver in both events.
In the U17 long jump Orlaith Quinn claimed the gold.  On the track the Cushinstown athletes continued to do well.   There were some great performances in the sprints by Eva Gallagher, Nia Hetherton, and Katie Lawlor with Casper Cudden making his debut in the 60m sprint. In the longer distance of 500m Kacey McManus , Annalise Harris, Kyle Hetherton and Maria Dardis all put in great runs.  In the U14 boys 200m sprint Loclainn Harris ran a great race to win the silver medal. In the U14 girls Roisin McManus also ran very well in the 200m sprint to claim the silver medal. In the U15 girls 200m both Abi Sheehy and Mollie White ran very well in the heats to get through to the final. Unfortunately Mollie had to pull out of the final with an injury. Abi went on run brilliantly in the final winning gold in a very tight finish. In the U16 200m sprints Jack McGeer ran a good race coming fourth. Well done to all the athletes and their dedicated supporters and coaches! Thanks also to everyone who helped out.