The younger Cushinstown AC athletes did themselves and the club proud at the Leinster U9-U11 Pairs and U12-U13 championships in Tullamore on Saturday. They returned home with four well deserved medals and lots of valuable competition experience! Well done to everyone! The U9 boys Pair of Rian Power and Ross Doyle claimed the bronze medal in the U9 long jump event and narrowly missed out on the medals coming fourth overall in the 300m mid distance run. The girls U9 Pair of Keelin Hetherton and Lucy Jo McMahon put in some great jumps in the long jump and ran very well in the 300m.
The girls U10 Pair of Annalise Harris and Kacey McManus put in some great throws to claim the silver medal in the U10 turbo javelin event. They also did well in the long jump event. It was another silver medal in the girls U11 turbo javelin where the U11 Pair of Nessa Rohan and Saoirse Power threw brilliantly. They also jumped well in the U11 long jump. The boys U11 Pair of Harry Gough and Kyle Hetherton threw very well in the turbo javelin coming sixth overall. They also jumped very well in the U11 long jump.
In the individual events Jane Mc Dermott jumped brilliantly in the U12 girls high jump to claim the bronze medal, she also threw well in the U12 shot put. Roisin Quinn put in some great throws in the U12 shot put to come sixth overall. Peter Bellew put in some good jumps in the boys U12 high jump and competed in the shot put while in the U13 girls high jump Nia Hetherton jumped well but unfortunately it wasn’t her day to medal. She threw very well coming seventh overall in the U13 shot put.

A lot of the athletes were out in force again today for the Community games which were held in Cushinstown. Well done to all. 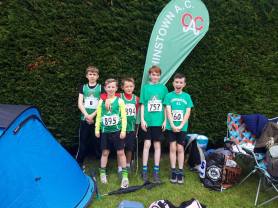 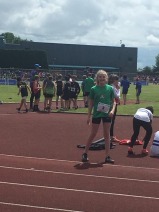 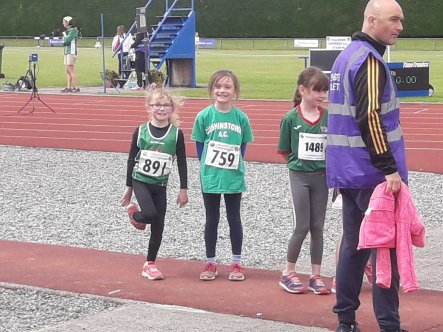 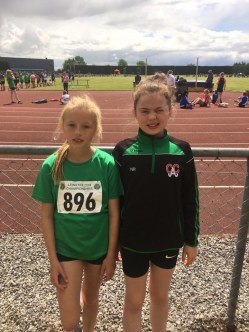 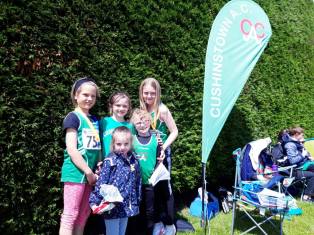