This video below will help you keep active while isolating at home:

Athletics Ireland are uploading videos onto their YouTube channel for athletes during the period of the nationwide self isolation period. Start off with this home circuit training:

Brilliant performances last night by some of our juvenile athletes. Thank you to everyone who made it to Navan gaining valuable points for the club in the Meath Track & Field League. Well done. 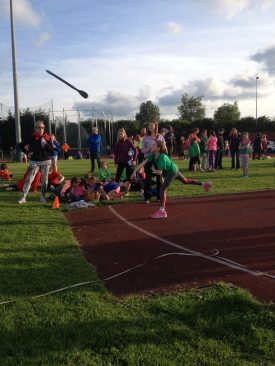 The Meath Track & Field League Day 3 is on this Wednesday evening 31st at 7pm. We look forward to seeing you all there.
We really appreciate everyone’s attendance to date, however all support is needed for the remaining 2 league nights to gain valuable points for the club. The league nights are a relaxed way of participating in competition as the top 20 from each club gain points for their club. There are events for all age groups, as follows

In torrential rain on Saturday May 27th in Morton Stadium, Santry the All Ireland Combined event took place. The weather played havoc with the timetable and the high jump event had to be cancelled. Amy Callaghan U14 did brilliantly in the remaining four events, shot putt, 75m hurdles, 800m and long jump to claim the bronze medal.

Some of Cushinstown’s older athletes were also competing on Saturday in Morton Stadium Santry, in the Irish Universities Athletics Association Competition. Shane Joyce and Elizabeth Morland both won gold in their javelin competitions. Elizabeth got a new pb in the javelin. Unfortunately for Donal Kearns representing UL, due to the bad weather his 110m hurdles event was cancelled. 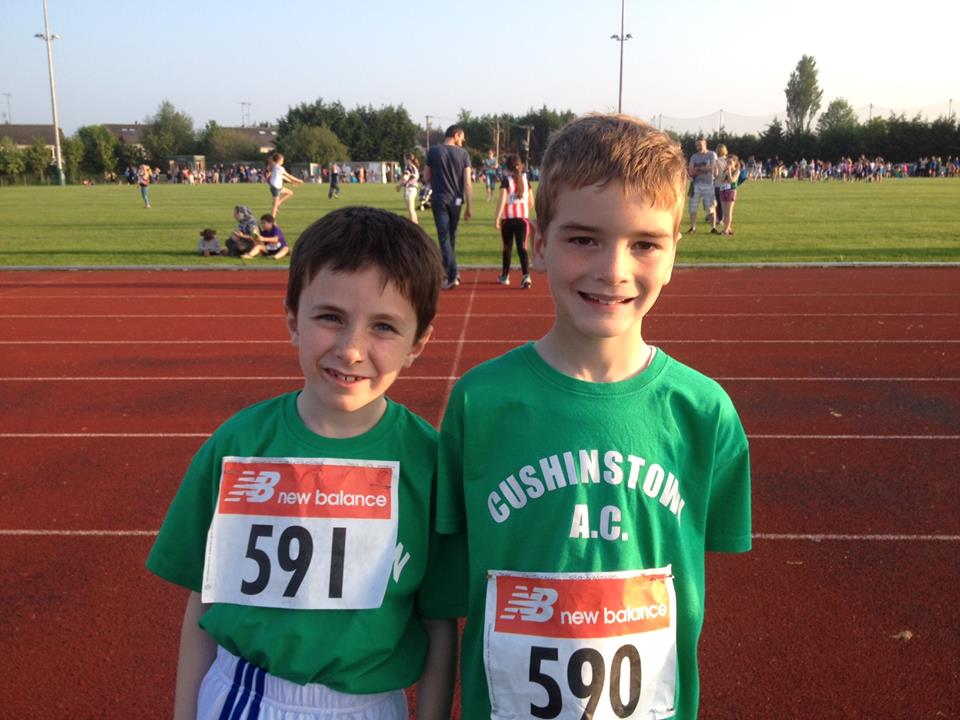 Well done to all our relays teams who ran so well last night in Navan, despite a very wet start to the evening! A special well done to our younger athletes, Some of whom were competing in the Meath Championships for the first time, who ran brilliantly. Well done to all.

Thank you to all the Children for attending last nights relay practice.  Please ensure that you arrive early to Claremont Stadium on Wednesday for warm up.  U9 Girls need to be at check in area by 6:35pm ready to run by 6:45pm.  All relays will be done on times, so the fastest three teams out of all heats in each age group will medal.  Looking forward to seeing you all on the night.

On the track the Cushinstown athletes continued to do well in the sunshine.
In the U12 60m sprint Isabella Gogan came second. Loclainn Harris claimed the silver in the U13 60m sprint and 600m. Charlie Swan ran very well in the 600m. In the U13 girls 60m sprint Laura Bolster claimed gold, Roisin McManus silver with Ella Barry a strong fourth.
In U14 80m sprints Mollie White won gold. Mollie won her second gold medal of the day in the 200m sprints with Ava Purcell in second and Abi Sheehy third. In the U14 800m Ciara Smyth claimed the bronze.
In U14 200m sprints Mollie White claimed the gold closely followed by club mates Ava Purcell silver and Abi Sheehy bronze. 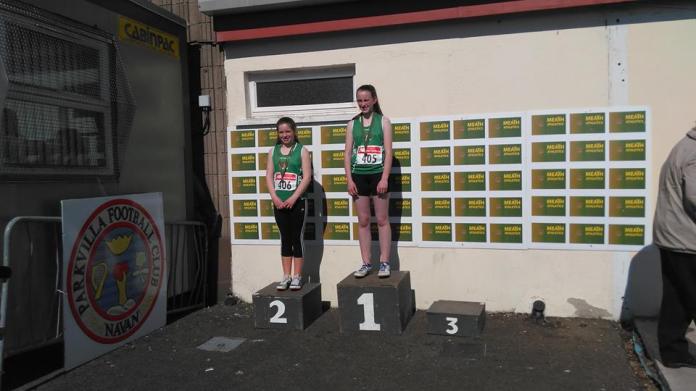 Day 2 of the Meath Championships yesterday was the hurdles competition and the Cushinstown athletes performed brilliantly. In the 60m hurdles U12 boys Lee Callaghan won gold and James Bellew silver. In the U13 boys Lochlainn Harris claimed gold. In the U13 girls Laura Bolster claimed the gold and Ella Barry silver. In the U14 girls it was Cushinstown all the way with Mollie White 1st, Niamh Quinn 2nd and Amy Callaghan 3rd. In the U15 girls Aine O’Sullivan won gold. Aine also won gold in the 250m hurdles. In the Junior mens 110m Donal Hearns claimed the gold. Well done to all and thanks to the juvenile hurdles coach Nicola for all the hard training she has done with the athletes.